Rapid growth in use of Buy-Now-Pay-Later digital payments

You are here:
Management Advice 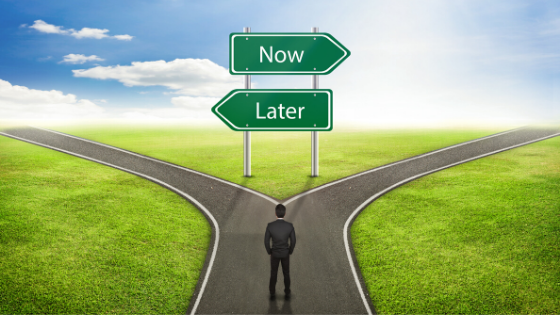 New research from Roy Morgan shows 1.95 million Australians used one of the latest ‘buy-now-pay-later’ digital payment methods such as Afterpay, zipPay or zipMoney in the year to September 2019, up from 1.38 million in the previous 12 months.

As the chart shows, Australians between the ages of 14-34 account for 55.9% of ‘buy-now-pay-later’ users, with those in the 25-34 range making up 33.5% of all users. To put this in perspective, that age group represents only 18.1% of the population 14+, which means that those aged 25-34 are nearly twice as likely to be using a ‘buy-now-pay-later’ system as the average across the whole population. By contrast, Australians over 50 make up only 14.2% of pay-later users despite being 40.7% of the population 14+.

Credit Card use continues to decline

While ‘buy-now-pay-later systems’ are growing the use of credit cards is declining, with the percentage of Australians holding a credit card down about 3% points over the past year. The fact that the new point-of-sale credit systems, which appeared in Australia in 2015, fell outside of existing financial regulation led to calls for greater scrutiny from both the banking sector and consumer groups, A Senate enquiry earlier this year led to new obligations for providers and an increase in ASIC’s ability to intervene in the future.

The latest Roy Morgan Wealth Report delves in detail into the long-term trends comprising Net Wealth in Australia encompassing personal assets as well as debt. The decline in credit card usage over the last year fits into the long-term trends which show there’s been a reduction in real terms in credit card debt over the last decade down to $7 billion today compared to $8 billion in 2007.

While the growth in usage of ‘buy-now-pay-later’ systems has been rapid, overall user numbers are still relatively low, with 9.4% of the population now using them, up from 6.8% a year ago. Even among the heaviest user group, those aged 25-34, only 17.4% are using these payment methods. For Australians aged 65+ usage is below 1%.

“The payment environment in Australia is facing rapid change and these ‘buy-now-pay-later’ companies are likely to pose a threat to traditional deferred payment options including credit cards, as consumers can easily access a small amount of credit instantly.

“The increasing use of new payment technologies is being aided by the growing proliferation and development of smart phones and wearables with integrated technology such as Apple Pay and Google Pay. Consumers will come to expect the minimum effort when making payments and the industry will need to adapt by providing more innovative and simpler solutions. Traditional financial institutions may need to collaborate with Fintechs and other third parties to keep up with the fast-moving digital payment environment.”

Director Identification Numbers — your obligations and how to apply
November 15, 2021

The Power of Business Intelligence
October 18, 2021

How to manage employees when you sell or close your business
September 22, 2020
Categories
Recent Articles
Testimonials

Succession is always complicated, especially the non-rural versus the rural however Wayne Turner was able to process this and bring valuable options to the table. Wayne kept us on track by discussing options broadly and then following up to guide us through the finer details. It was a lengthy process but we needed that time to consider all aspects properly and wholly.
END_OF_DOCUMENT_TOKEN_TO_BE_REPLACED

Wayne Turner was instrumental in the good, harmonious results of our family’s succession planning exercise. Our situation was like most I imagine, with parents having partially transitioned off farm, and siblings both on and off farm. Wayne’s acute understanding and perspective of rural businesses, in particular ours, meant he could guide the process to an amicable, fair result…
END_OF_DOCUMENT_TOKEN_TO_BE_REPLACED