The risks with log-books

You are here:
Business Books 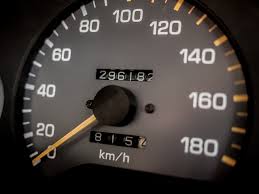 A recent AAT case (Reid) highlights the importance of completing a logbook correctly if you want to deduct car expenses using the logbook method.

There are 2 statutory methods for an individual or partnership to work out car expense deductions – the logbook method and the cents-per-km method.

There are specific rules about maintaining a logbook.

The problem for Mr Reid in the recent case was that his logbook did not comply with the rules, so the AAT agreed with the ATO that he could not use the logbook method. Instead, he was allowed a deduction using the cents-per-km method but, of course, only for a maximum of 5,000 km each year (2012, 2014 and 2015). As a result, the car expense deductions he was allowed ($11,450 in total – assuming Mr Reid drove a large car) were about $60,000 less than the amount he claimed using the logbook method.

So where did Mr Reid go wrong? Examples of problems with the logbook were:

Mr Reid did win one argument (not that it helped him in the long run) – the AAT considered that, given Mr Reid’s role as a “channel manager”, diary entries showing “customer visit” were sufficient to identify the relevant journey as a business journey (the ATO argued otherwise).

Carrick Aland has the experience and know-how to assist you to properly manage your vehicle logbook affairs and can look after you no matter what your circumstances. Call our CAConnect team in Dalby, Toowoomba or Chinchilla on 07 4669 9800.

Superannuation guarantee increase on 1 July
May 31, 2021

Carrick Aland and their team of dedicated staff have been assisting us, and our business, with professional accounting services for over 20 years.  I have always found them easy to work with and they have always responded very quickly to my enquiries.
END_OF_DOCUMENT_TOKEN_TO_BE_REPLACED

As the owners of a new small business, we very much appreciate Xero for ease of use in processing business transactions.  It has been the right choice for our accounting needs and has saved us much time and effort while we are busy with day to day running of a small cafe & catering business.
END_OF_DOCUMENT_TOKEN_TO_BE_REPLACED

Succession is always complicated, especially the non-rural versus the rural however Wayne Turner was able to process this and bring valuable options to the table. Wayne kept us on track by discussing options broadly and then following up to guide us through the finer details. It was a lengthy process but we needed that time to consider all aspects properly and wholly.
END_OF_DOCUMENT_TOKEN_TO_BE_REPLACED