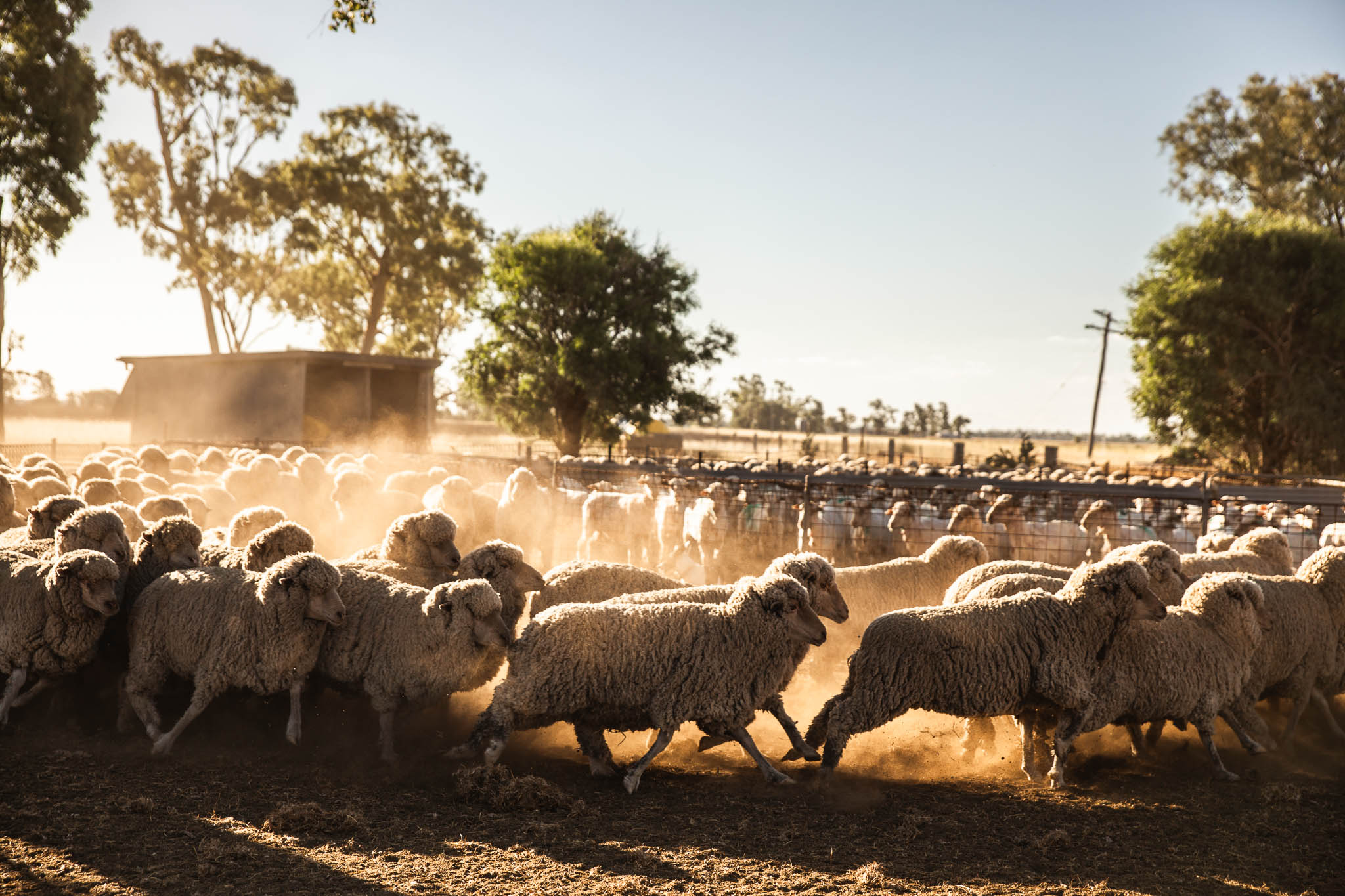 China has been open to the global market since 1949. Today, it’s the second largest and one of the fastest growing world economies.

But China is heavily reliant on millions of tonnes of fresh produce imports to feed a population of 1.4 billion which is expected to grow to 1.9 billion by 2050. 1

ANZ Bank concedes that this presents serious and complicated challenges in which Australia can play an important role. During their recent delegation of sheep and wool producers to China, ANZ’s delegates were reminded that China remains our most important trading partner for almost every ag commodity and is likely to remain so in the foreseeable future, despite Australian agriculture seeking new markets and commodity trading partners. 2

Australia’s reputation for safe, high-quality produce is renowned. Of the $48 billion generated from Australian food and fibre exports, China represents nearly $12 billion (24%) making it our most valuable export market for sheep and wool, dairy, fresh produce and a significant trading partner for beef (along with the USA).

Compared with other global exporters such as the Black Sea region 3, Australian food and fibre are considered high quality and Chinese consumers apparently prefer to buy our produce ahead of other suppliers, even if it does not yet translate to higher prices. Overseas governmental subsidies to shift grain tonnage are difficult to compete with when our point of difference is quality (pest free high protein), not quantity, especially in light of Australia’s longstanding drought affecting output. This month, the Department of Agriculture and Water Resources was reported as assessing 11 applications to import bulk grain into Australia due to drought-devastated crops. The applications apply to canola, wheat, corn and sorghum. 4

Two commodities benefiting most by trading with China are sheepmeat and wool. Sheepmeat consumption in China is growing, fine wool is finding a place in products that satisfy consumers wanting quality, natural fibres and superfine wool is used to produce premium sports and lightweight, weatherproof casual apparel.

According to ANZ Bank, Australia is the only country that can realistically supply China’s future demands for these commodities. As an aside, China is bolstering its domestic sheep industry with genetic breeding and feeding programs, environmental management and animal welfare thanks to Australian knowledge-sharing and expertise.

It would seem that China has a major part to play in helping Australia’s aim to reach $100 billion in ag output by 2030. 5

Australia’s dependence on China should also be noted, says ANZ Bank, as it presents a risk that needs to be managed, requiring understanding of what motivates government, regulators and consumers.

On the Western Downs, we have seen sheep farmers getting better prices for their sheep and wool, but these prices are still offset by high feed bills from the ongoing drought.

Interestingly, we’re starting to see sheep producers trying to get into new markets with a couple hundred ewes and then feedlotting and selling lambs at a certain weight. Feedlotting has traditionally been a cattle dominant practice but, with the price the way it is for lambs, farmers are diversifying with lamb feedlotting.

Want to farm on the front foot?

Carrick Aland can assist you to know exactly where your farming operation currently stands – and where it’s heading. From crop and livestock tracking to farm budgeting and forecasting tools, we work with you to allow you to confidently plan and forecast with real-time information as conditions change.

Talk with our Farm Advisory team about getting set up today on 07 4669 9800 or follow us @FrontFootFarmer.

Carrick Aland and their team of dedicated staff have been assisting us, and our business, with professional accounting services for over 20 years.  I have always found them easy to work with and they have always responded very quickly to my enquiries.
END_OF_DOCUMENT_TOKEN_TO_BE_REPLACED

As the owners of a new small business, we very much appreciate Xero for ease of use in processing business transactions.  It has been the right choice for our accounting needs and has saved us much time and effort while we are busy with day to day running of a small cafe & catering business.
END_OF_DOCUMENT_TOKEN_TO_BE_REPLACED

Succession is always complicated, especially the non-rural versus the rural however Wayne Turner was able to process this and bring valuable options to the table. Wayne kept us on track by discussing options broadly and then following up to guide us through the finer details. It was a lengthy process but we needed that time to consider all aspects properly and wholly.
END_OF_DOCUMENT_TOKEN_TO_BE_REPLACED