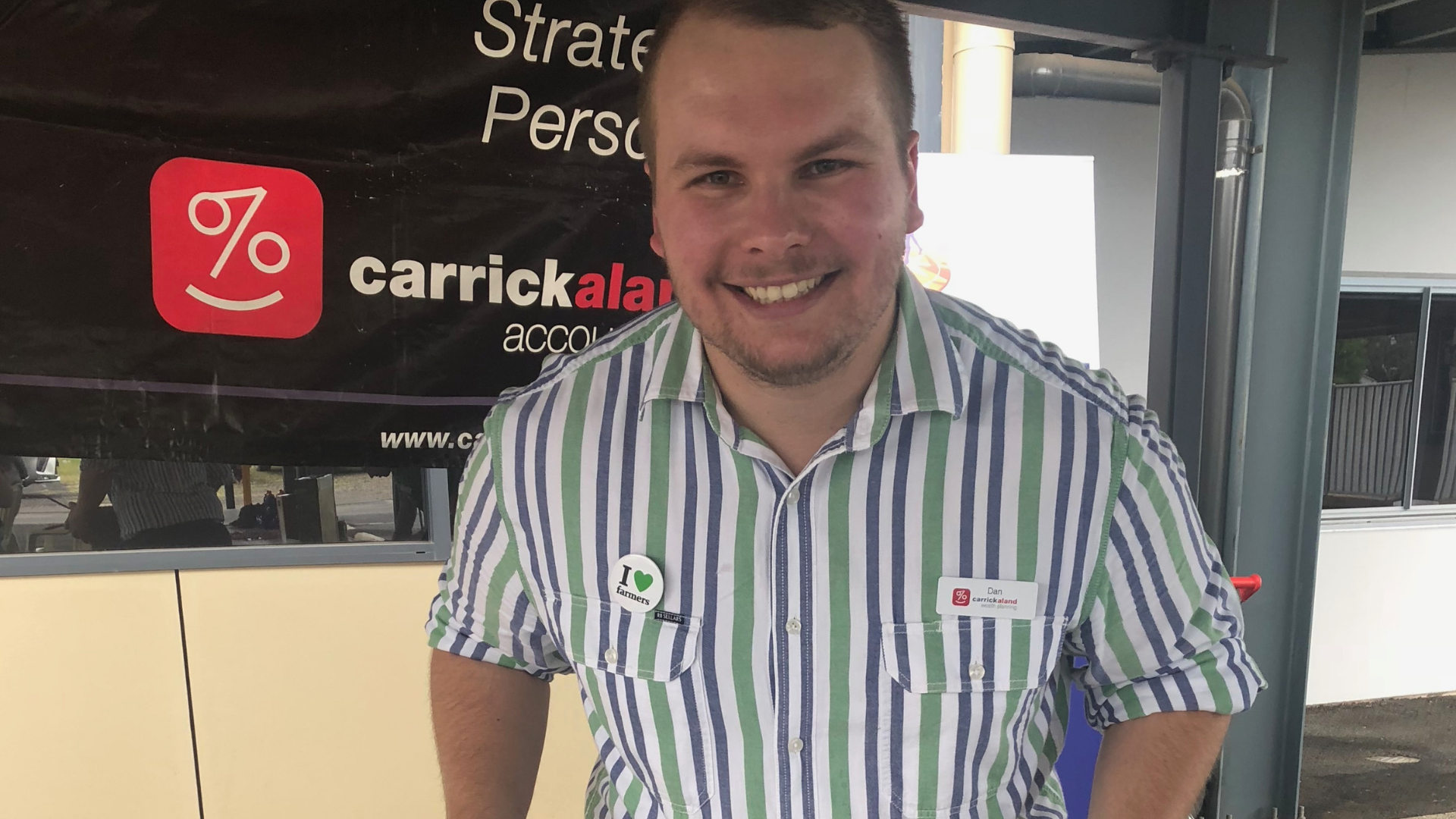 Queensland farmers might still be doing it tough in the current drought conditions, but the National AgDay barbecue organised by Carrick Aland and Queensland Audit Services in Dalby will end up sending some much-needed funds their way.

A hungry crowd of about 50 lunchtime workers and general public came with appetites and generosity to raise over $800 for Buy a Bale of Hay on Thursday 21 November.

Carrick Aland Associate, Daniel Ellis, said how pleased he was with the turnout.

“Our total tally in fundraising now is just over $2,000 which is something we are really proud of,” Daniel said. “We really would like to say a big thank you to everyone who came along.”

This year’s barbecue was a success not least because of enthusiastic sponsors that supported the event.

“We would also like to thank Rabobank Dalby, Chesterfield Australia and Dalby Donut Man Col Watters for their generous support on National AgDay by supplying items for the barbecue and making it a fun day,” Daniel added.

“This is very much about supporting our farmers whether they be our team, our clients or in our local community as well as their stock. We have the strength of our team across three offices working together to make a serious fundraising effort,” Daniel said.

To help raise money for Buy a Bale, visit https://www.buyabale.com.au/donate/?supporter_id=93049 or drop into one of Carrick Aland’s offices in Dalby, Toowoomba or Chinchilla. All donations are tax deductible.

Carrick Aland and their team of dedicated staff have been assisting us, and our business, with professional accounting services for over 20 years.  I have always found them easy to work with and they have always responded very quickly to my enquiries.
END_OF_DOCUMENT_TOKEN_TO_BE_REPLACED

As the owners of a new small business, we very much appreciate Xero for ease of use in processing business transactions.  It has been the right choice for our accounting needs and has saved us much time and effort while we are busy with day to day running of a small cafe & catering business.
END_OF_DOCUMENT_TOKEN_TO_BE_REPLACED

Succession is always complicated, especially the non-rural versus the rural however Wayne Turner was able to process this and bring valuable options to the table. Wayne kept us on track by discussing options broadly and then following up to guide us through the finer details. It was a lengthy process but we needed that time to consider all aspects properly and wholly.
END_OF_DOCUMENT_TOKEN_TO_BE_REPLACED