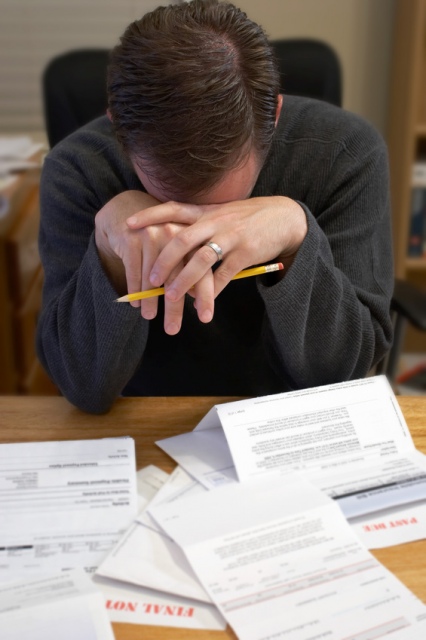 January is typically the worst month for on-time payments to Australian small businesses.

Many families are on school holidays, some businesses shut for weeks and outstanding bills can sit unpaid.

This year was no different, and the latest Xero Small Business Insights (SBI) data shows businesses waited an average 38.8 days to be paid on a 30-day invoice, or almost nine days late. That’s about a half-day worse than January 2017.

Not all states suffered equally

Businesses in New South Wales copped it worst, waiting almost 40.8 days on average for payment on a 30-day invoice. South Australia was not far behind at 40.6 days, followed by Victoria at 39.5 days.

The ACT and Tasmania enjoyed the best payment times. Businesses were paid in about 33 days. Xero SBI has seen these two locations outperform in almost every month.

In the national capital, the government is the biggest customer and pays businesses promptly. And Tasmanians attribute the phenomenon to their island’s tight-knit community. For businesses outside the ACT and Tasmania, we have some suggestions on how they can replicate those conditions.

Small businesses in manufacturing saw wait times stretch out to almost 46 days on 30-day invoices. And those in transport were paid in 44 days on average. In these two industries, larger businesses dominate. They tend to have credit departments to chase late payments and legal departments to take court action, say credit-monitoring experts. Many little players lack these advantages and get paid last.

When delays worsen, cash flow can suffer. In January, fewer small businesses were cash flow positive, with the national percentage falling to 49.4 percent, down from a record-high 56.7 percent the month prior. The January figure may have also been pressured as businesses spent money replenishing inventory post-Christmas. A look at recent years’ data shows cash flow falls even further in February, which is typically the nadir.

The overall tightening of finances can be seen in January employment data as well. Headcount fell 3.4 percent month on month at small businesses, mirroring a similar drop seen post-Christmas in 2017. The 3.4 percent figure compares with a 2.1 percent drop recorded by the ABS in its original labour data for January.

Casual employees led the trend nationally, with their roles declining by 6.8 percent. That reverses a build-up in such roles during the months leading up to Christmas. Full-time roles slipped 0.5 percent while part-time positions fell by 2.8 percent. Past years suggest overall employment will register a rebound in February’s data.

Figures for overseas trade for small businesses also suggest a slowdown in January. The value of exports and imports tumbled almost 14 percent, the most since April. Exports led the decline, falling 11.4 percent while imports slid 9.3 percent.

We’ll watch February’s data to see whether late payments and casual employment improve and if cash flow worsens as in years past.

Ask us how a cloud-based accounting program can help your business with faster payments times and better cash flow management or click here!

Carrick Aland and their team of dedicated staff have been assisting us, and our business, with professional accounting services for over 20 years.  I have always found them easy to work with and they have always responded very quickly to my enquiries.
END_OF_DOCUMENT_TOKEN_TO_BE_REPLACED

As the owners of a new small business, we very much appreciate Xero for ease of use in processing business transactions.  It has been the right choice for our accounting needs and has saved us much time and effort while we are busy with day to day running of a small cafe & catering business.
END_OF_DOCUMENT_TOKEN_TO_BE_REPLACED

Succession is always complicated, especially the non-rural versus the rural however Wayne Turner was able to process this and bring valuable options to the table. Wayne kept us on track by discussing options broadly and then following up to guide us through the finer details. It was a lengthy process but we needed that time to consider all aspects properly and wholly.
END_OF_DOCUMENT_TOKEN_TO_BE_REPLACED