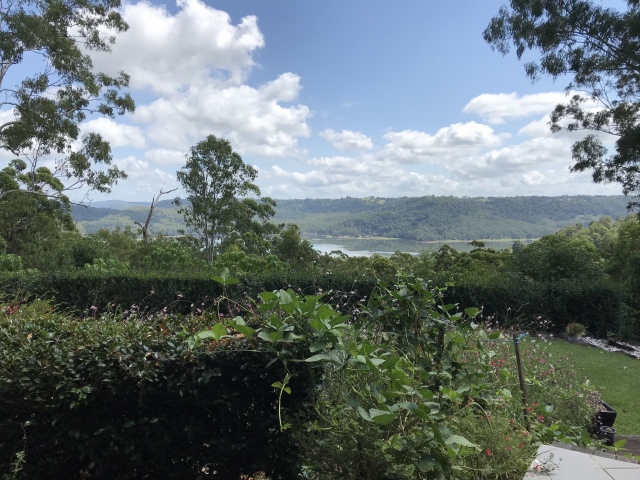 Farm succession – insights and lessons from a retired farming couple

We talked with retired farmer Jim and his wife over some homemade spiced carrot cake and a cuppa.

They started out with 800 acres in the Western Downs in the 1960s and ended up with 5,000 acres in Balonne Shire before heading to the rolling hinterland hills of the Sunshine Coast to retire nearly 15 years ago.

“I finished college and went home to our mixed farm,” says Jim. “Mum and Dad farmed everything from fat lambs and wool to sunflowers, dairy cows and pigs.”

When they were ready to retire, they built a smaller house on their property and Jim and his new wife moved into the family home, “Dalgety’s became our banker and the payments started to transition the farm from Mum and Dad to us,” says Jim.

“We were farming in a hard little area which was also in a rain shadow so things were tough,” says Jim. “We were making a living but only just, but we stuck it out for 11 years.”

One day they went to visit family in St George when someone suggested having a look at a farm that had come onto the market.

“We didn’t have much to invest but, more and more, we could see that what we were doing back home didn’t stack up economically, so we bit the bullet and bought out Dad and moved my parents and their house into town.”

“It was tough times but that’s how things were done, particularly when money was tight and knowing that Dad wanted to retire and give up his working responsibility.”

“Our prospects further out west were a lot better which Dad knew having been through erosion, droughts and floods on the family farm. He was behind us but my six other siblings thought selling up was more difficult to swallow as it had been their home for such a long time.”

To make the move Jim and his wife bit off more than they could chew and they chewed like hell!

They carried on with mixed farming as well as cotton on 5,000 acres. Becoming more established, they were eventually able to help one of their sons purchase a property nearby.

“Initially we shared equipment and helped him get on top of things for eight years,” says Jim. “When we wanted out that gave him the collateral to buy our farm. He now leases his original farm which pays off both properties.”

We asked what had changed between taking on a family farm and then retiring and handing over one nearly 40 years later.

“Dad didn’t know how he was going to sell the farm so we had to come up with a simple idea as no one had any money when we started out,” says Jim. “Trust was a big thing and it was a fairly primitive arrangement but we stuck with it.”

“Dad ran on no overdraft and was a cash payer so had no big debts to unload when we took over. It’s different, of course, for farming families today with many on interest-only loans and debts to pay, so they’ll need to make sure they’re not inheriting or offloading a financial headache.”

“It can be a tangle unwinding complicated business structures so, the more simple the operation and the business set up, the easier it will be to transition. If not, then it might mean a longer lead time needs to come into play.”

“Our son worked with us on our farm so was well-grounded and knew farming before we retired,” says Jim. “Whereas, now, a farmer starting out would have to understand and possibly take on a share farming arrangement and then branch out. The cost of production is so much more today and you’ve got to have 10 times what we had to make a living, which is why so many subsequent generations are seeking alternative careers.”

Not that going off the farm was a bad option for their other kids – two have joined forces using their land and commercial backgrounds to run a very successful fresh produce providoring business.

“We made sure that all our kids were set up when they were younger,” added Jim. “We put each through university and helped them with their first cars and first houses. In many families, the children believe they should all receive an equal share of wealth, but we found it better to set them up early on so we could launch them into the world and enjoy our retirement.”

Working with accountants who are succession specialists

Jim noted four main areas where working with succession specialists can make the handover of a farm business much smoother:

Carrick Aland and their team of dedicated staff have been assisting us, and our business, with professional accounting services for over 20 years.  I have always found them easy to work with and they have always responded very quickly to my enquiries.
END_OF_DOCUMENT_TOKEN_TO_BE_REPLACED

As the owners of a new small business, we very much appreciate Xero for ease of use in processing business transactions.  It has been the right choice for our accounting needs and has saved us much time and effort while we are busy with day to day running of a small cafe & catering business.
END_OF_DOCUMENT_TOKEN_TO_BE_REPLACED

Succession is always complicated, especially the non-rural versus the rural however Wayne Turner was able to process this and bring valuable options to the table. Wayne kept us on track by discussing options broadly and then following up to guide us through the finer details. It was a lengthy process but we needed that time to consider all aspects properly and wholly.
END_OF_DOCUMENT_TOKEN_TO_BE_REPLACED