Penalty Rates and the Impact of Change 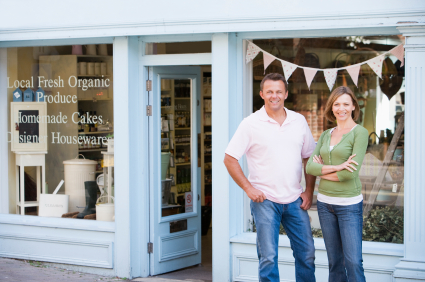 The changes to penalty rates are not yet in force – see When will the changes take effect?

Flagged back in 2014, the review into penalty rates was part of the FWC’s four-yearly review of all Modern Awards. Hearings, submissions and reviews have been ongoing since 2015. The outcome of that process (see AM2014/305 Penalty rates case) is to reduce Sunday and public holiday rates in the following Modern Awards:

When will the changes take effect?

The public holiday penalty rate reduction will come into effect from 1 July 2017 with the exception of the Clubs Award, which remains unchanged.

For the reduction in Sunday penalty rates, transitional measures will be put in place from 1 July 2017. The FWC has flagged that the reduction may be via a series of annual instalments so the full impact of the reduction will be graduated. The decision on how penalty rates will be reduced and over what time period won’t be known until May 2017.

Not everything is as simple as it seems with some penalty rate changes only impacting on employees at certain levels. For example, in the Fast Food Industry Award, Sunday penalty rates for Level 1 employees will decrease from 150% to 125% for full and part timers, and from 175% to 150% for casual employees. Level 2 and Level 3 employees are unaffected.

There are also some minor variations to the early/late night work loadings in the Restaurant and Fast Food Awards that will take effect in late March 2017. These variations don’t change the loading but the spread of hours; changing it from midnight to 7am to midnight to 6am.

It will be important for all employers affected by the Award changes to not only understand what Award their employees are covered by but at what level. While nothing needs to be done now, keep an eye out for the finalised Awards and other changes from May.

Carrick Aland and their team of dedicated staff have been assisting us, and our business, with professional accounting services for over 20 years.  I have always found them easy to work with and they have always responded very quickly to my enquiries.
END_OF_DOCUMENT_TOKEN_TO_BE_REPLACED

As the owners of a new small business, we very much appreciate Xero for ease of use in processing business transactions.  It has been the right choice for our accounting needs and has saved us much time and effort while we are busy with day to day running of a small cafe & catering business.
END_OF_DOCUMENT_TOKEN_TO_BE_REPLACED

Succession is always complicated, especially the non-rural versus the rural however Wayne Turner was able to process this and bring valuable options to the table. Wayne kept us on track by discussing options broadly and then following up to guide us through the finer details. It was a lengthy process but we needed that time to consider all aspects properly and wholly.
END_OF_DOCUMENT_TOKEN_TO_BE_REPLACED