Taking ‘Reasonable Care’ with Your Tax? 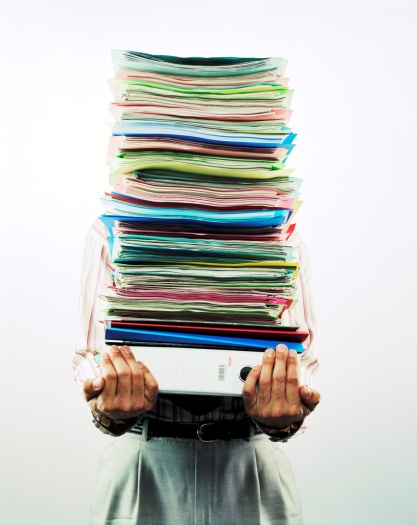 It is important to take reasonable care when complying with your tax obligations.

The ATO has steadily increased the amount of analysis, reviewing and auditing it does in relation to individual and business tax self-reporting. In some circumstances this activity has revealed that taxpayers have a tax shortfall; that is, they have not paid enough tax. The Commissioner of Taxation can apply administrative penalties to these shortfall amounts where the ATO determines that the taxpayer or their agent has failed to take reasonable care, has been reckless or has intentionally disregarded the tax law.

Our article examines Miscellaneous Taxation Ruling MT 2008/1, which details the Commissioner’s longstanding interpretation of the concepts of reasonable care, recklessness and intentional disregard as they relate to administrative penalties.

Broadly, where the Commissioner determines that a taxpayer has made a false or misleading statement or taken a position that is not reasonably arguable about a tax-related matter, and the statement or position results in a shortfall amount, the Commissioner may apply administrative penalties. The wider administrative penalty regime in relation to statements is contained within Div 284-B of the Taxation Administration Act 1953. Section 284-90(1) outlines the different base penalty amounts. For a taxpayer’s (or their agent’s):

Where more than one of these is present, the Commissioner can apply the larger of the applicable base penalty amounts.

The term “reasonable care” is not specifically defined in the legislation, so its ordinary meaning applies. In MT 2008/1, the Commissioner describes reasonable care as demonstrating appropriate, serious attention and making a genuine attempt to comply with obligations enforced under taxation law. The test for reasonable care measures the level of care required by the taxpayer to fulfil their tax obligations, as could be expected of a reasonable, ordinary person in their position.

Because the reasonable care test is an objective test, the taxpayer’s actual intention is not relevant. Instead, all of the taxpayer’s surrounding circumstances are evaluated and the Commissioner considers whether a reasonable, ordinary person in the same position would have exercised greater care than the taxpayer did.

The factors that the Commissioner considers include:

NOTE: A taxpayer’s decision not to apply for a private ruling on a matter does not automatically constitute failure to take reasonable care.

The Commissioner does not define “reasonable” as the highest level of care, but considers the significance of the taxpayer’s circumstances. For example, when assessing the level of knowledge, experience and skill of a reasonable person in the same position, for most individual taxpayers an earnest effort to follow the ATO’s tax return instructions is generally sufficient to pass the test, whereas tax agents could be held to a higher standard of care.

The administrative penalty regime provides “a get out of jail card” for a taxpayer where they have provided all relevant and correct information to their tax agent and the agent’s lack of reasonable care led to a false or misleading statement being made. However, this does not automatically discharge the taxpayer’s obligation to take reasonable care.

Similarly to the reasonable care test, the test for recklessness is an objective one. This means the taxpayer’s actual intention, dishonest behaviour or realisation of the likelihood of the risk is irrelevant to the Commissioner’s finding of recklessness.

In MT 2008/1, the Commissioner considers recklessness to be behaviour which falls significantly short of the standard of care expected of a reasonable person. It is behaviour that demonstrates “disregard or indifference to the potential consequences of taking the risk which are foreseeable by a reasonable person”.

The Commissioner also refers to case law for guidance on the concept of recklessness. Case law broadly views recklessness as something amounting to gross carelessness. The degree of risk and the magnitude of the consequences are factors considered in assessing whether conduct is reckless.

“Intentional disregard” involves the taxpayer (or their agent) having the actual knowledge that a statement was false or made to mislead.

According to the Commissioner, intentional disregard is present where the taxpayer understands the impact of the relevant law and how it applies to their own tax affairs, but deliberately chooses to ignore the law. This is generally established by direct evidence or inference of the taxpayer’s behaviour.

A lot to take in? Carrick Aland is adept in helping take the pain out of tax compliance. For over 60 years we have been providing tax services and advice to businesses and farms across Queensland. Call us in Dalby, Toowoomba or Chinchilla on 07 4669 9800.

Succession is always complicated, especially the non-rural versus the rural however Wayne Turner was able to process this and bring valuable options to the table. Wayne kept us on track by discussing options broadly and then following up to guide us through the finer details. It was a lengthy process but we needed that time to consider all aspects properly and wholly.
END_OF_DOCUMENT_TOKEN_TO_BE_REPLACED

Wayne Turner was instrumental in the good, harmonious results of our family’s succession planning exercise. Our situation was like most I imagine, with parents having partially transitioned off farm, and siblings both on and off farm. Wayne’s acute understanding and perspective of rural businesses, in particular ours, meant he could guide the process to an amicable, fair result…
END_OF_DOCUMENT_TOKEN_TO_BE_REPLACED