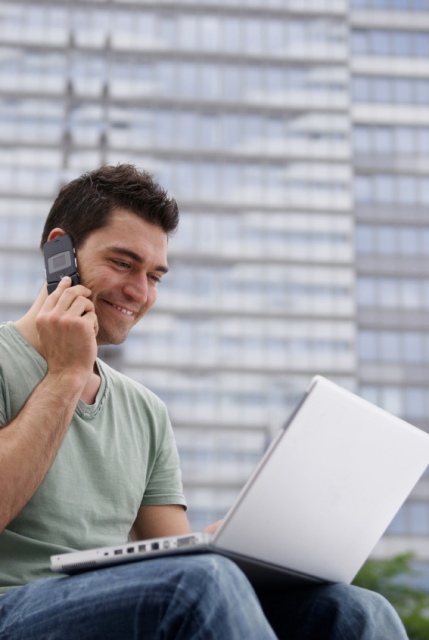 The ATO has released information on claiming deductions for mobile, home phone and internet expenses for work purposes.

The following are some key points made by the ATO.

Taxpayers need to keep records for a four-week representative period in each income year to claim deductions of more than $50. These records may include diary entries, including electronic records, and bills. Evidence that the employer expects the taxpayer to work at home or make some work-related calls will also help the taxpayer demonstrate that they are entitled to a deduction.

Apportioning work use for phones

As there are many different types of plans available, taxpayers will need to determine their work use using a reasonable basis. The ATO provides the following guidance.

Usage is itemised on taxpayer’s bills

Example – phone calls are itemised on your bill

Julie has an $80 per month mobile phone plan, which includes $500 worth of calls and 1.5GB of data. She receives a bill which itemises all of her phone calls and provides her with her monthly data use. Over a four-week representative period Julie identifies that 20% of her calls are work-related. She worked for 11 months during the income year, having had 1 month of leave. Julie can claim a deduction of $176 in her tax return (20% x $80 x 11 months).

Usage is not itemised on taxpayer’s bills

If the taxpayer has a phone plan but does not receive an itemised bill, the taxpayer can determine their work use by keeping a record of all their calls over a four-week representative period and then calculate their claim using a reasonable basis. The ATO provides the following example.

Ahmed has a prepaid mobile phone plan which costs him $50 per month. Ahmed does not receive a monthly bill, so he keeps a record of his calls for a 4-week representative period. During this 4-week period, Ahmed makes 25 work calls and 75 private calls. Ahmed worked for 11 months during the income year, having had 1 month of leave. Ahmed calculates his work use as 25% (25 work calls/100 total calls). He claims a deduction of $138 in his tax return (25% x $50 x 11 months).

Phone and internet services are often bundled. When taxpayers are claiming deductions for work-related use of one or more services, they need to apportion their costs based on their work use for each service. If other household members also use the services, the taxpayer needs to take into account their use in their calculation.

If the taxpayer has a bundled plan, they need to identify their work use for each service over a four-week representative period during the income year. This will allow the taxpayer to determine their pattern of work use, which can then be applied to the full year. A reasonable basis to work out the taxpayer’s work-related use could include:

Taxpayers should be aware that unusually high work-related expense claims may attract the attention of the ATO. It is important to carefully review deductions before lodging your tax return to avoid a delay in getting a return.

In this regard, the ATO has reminded taxpayers that its ability to identify and investigate claims that differ from the norm is improving due to rapid technology enhancements and data-matching.

For more information and a detailed analysis of your situation, call the Carrick Aland tax team on 07 4669 9800.

Carrick Aland and their team of dedicated staff have been assisting us, and our business, with professional accounting services for over 20 years.  I have always found them easy to work with and they have always responded very quickly to my enquiries.
END_OF_DOCUMENT_TOKEN_TO_BE_REPLACED

As the owners of a new small business, we very much appreciate Xero for ease of use in processing business transactions.  It has been the right choice for our accounting needs and has saved us much time and effort while we are busy with day to day running of a small cafe & catering business.
END_OF_DOCUMENT_TOKEN_TO_BE_REPLACED

Succession is always complicated, especially the non-rural versus the rural however Wayne Turner was able to process this and bring valuable options to the table. Wayne kept us on track by discussing options broadly and then following up to guide us through the finer details. It was a lengthy process but we needed that time to consider all aspects properly and wholly.
END_OF_DOCUMENT_TOKEN_TO_BE_REPLACED