How the Budget may Affect Retirees and Pre-retirees 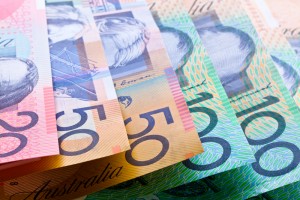 What you need to know

The Turnbull government’s first Budget included a number of super changes that may affect retirees and pre-retirees but no material changes to the Age Pension or Aged Care.

However individuals with less than $500,000 in super who have not used their concessional contributions cap in previous years will be allowed to carry forward unused amounts for 5 years.

Furthermore, the government will introduce a new lifetime cap of $500,000 on non-concessional contributions, replacing the current cap of $180,000 per year or $540,000 over three years under the bring-forward arrangements.

In line with pre-Budget speculation the government also made changes to Transition-to-Retirement (TTR) income streams by removing the current tax exemption on earnings from July 1, 2017.

That won’t impact on a worker’s ability, once they have reached age 60, to draw a tax free retirement income stream while continuing to work and contribute to super.

However, the Budget will axe the anti-detriment payment on super death benefits from July 1, 2017.

The anti-detriment payment, which represented a refund of a member’s lifetime super contributions tax payments paid to their spouse or child upon their death, was approximately between 13 per cent and 17 per cent of the taxable component of a super death benefit.

Other measures include a 30 per cent tax on concessional contributions for individuals who earn over $250,000 and the introduction of a super transfer balance cap of $1.6 million to limit the amount of accumulated savings an individual can transfer into the tax-free retirement phase.

Incentives to encourage mature Australians to contribute to super

It will be simpler for mature Australians aged 65 to 74 to make voluntary super contributions with current restrictions requiring them to meet minimum work requirements to be lifted from July 1, 2017.

They’ll also be able to receive contributions from their spouse, under proposed changes.

This measure will allow older Australians to boost their retirement savings using sources such as the sale of shares or property.

The vast majority of changes must be legislated and passed through Parliament before they apply.

If you think you may be affected by the Budget’s proposed changes, you should contact your financial adviser or accountant.

Carrick Aland and their team of dedicated staff have been assisting us, and our business, with professional accounting services for over 20 years.  I have always found them easy to work with and they have always responded very quickly to my enquiries.
END_OF_DOCUMENT_TOKEN_TO_BE_REPLACED

As the owners of a new small business, we very much appreciate Xero for ease of use in processing business transactions.  It has been the right choice for our accounting needs and has saved us much time and effort while we are busy with day to day running of a small cafe & catering business.
END_OF_DOCUMENT_TOKEN_TO_BE_REPLACED

Succession is always complicated, especially the non-rural versus the rural however Wayne Turner was able to process this and bring valuable options to the table. Wayne kept us on track by discussing options broadly and then following up to guide us through the finer details. It was a lengthy process but we needed that time to consider all aspects properly and wholly.
END_OF_DOCUMENT_TOKEN_TO_BE_REPLACED