Budget Implications for High Net Worth Individuals and Families 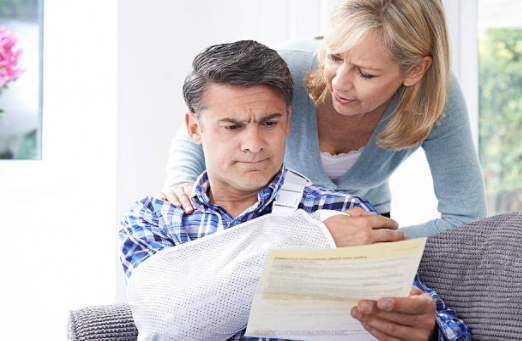 Summary: What’s in and what’s out

This year’s Budget may have significant for wealthy Australians with many of the super tax concessions for high income earners scaled back.

While the government kept its promise to leave negative gearing and capital gains tax alone, it reduced access to generous super tax concessions for the most wealthy by introducing a super transfer balance cap of $1.6 million on amounts moving into the tax-free retirement phase, extending the 30 per cent tax on concessional super contributions to those with income of $250,000 (currently $300,000) and lowering the annual cap on concessional super contributions to $25,000.

Under proposed changes, a new lifetime cap on non-concessional contributions of $500,000 will replace the current cap of $180,000 per annum or $540,000 every three years for individuals below age 65, under the bring forward rule. This new cap applies from 7:30pm AEST 3 May 2016 for contributions made on, or after, 1 July 2007. Contributions made before this time cannot result in an excess.

The key benefit of making after-tax contributions is that any earnings a super fund derives are usually taxed at a lower rate than earnings outside super, depending on an individual’s personal taxable income.

Super fund earnings are taxed at up to 15 per cent compared to marginal tax rates of up to 47 per cent plus 2 per cent Medicare levy on earnings outside super.

Limited after-tax contributions will affect the ability for individuals to invest windfall payments into super, for example, proceeds from the sale of a property or an inheritance.

Other super changes impacting on wealthy individuals and high income earners include changes to Transition-to-Retirement (TTR) income streams by removing the current tax exemption on earnings from 1 July 2017.

Conversely, many business owners will benefit from tax cuts for small and medium-sized enterprises with the company tax rate falling to 27.5 per cent from 1 July, 2016.

The turnover threshold to access the 27.5 per cent tax cut will progressively increase to ultimately include all companies by 2023/24. The company tax rate will then be further reduced to 25 per cent by 2026/27.

In addition to a lower corporate tax rate, businesses with an annual turnover of less than $10 million will also have access to simplified depreciation rules including an immediate tax deduction for certain individual assets they buy costing less than $20,000, available until 30 June, 2017.

The tax offset for small unincorporated businesses will also increase over the next 10 years from 5 per cent to 16 per cent, although the existing cap of $1,000 per individual for each income year will remain.

The vast majority of changes must be legislated and passed through Parliament before they apply.

The government’s top priority is to see the proposed company tax cuts and personal income tax cuts start on 1 July, 2016, which will put pressure on Parliament to pass legislation quickly. If you believe you may be affected by the Budget’s changes you should consider seeking professional advice.

If any of these proposals raise questions, concerns or potential opportunities for you, please speak with your financial adviser today, or contact us for an obligation-free discussion today.

Carrick Aland and their team of dedicated staff have been assisting us, and our business, with professional accounting services for over 20 years.  I have always found them easy to work with and they have always responded very quickly to my enquiries.
END_OF_DOCUMENT_TOKEN_TO_BE_REPLACED

As the owners of a new small business, we very much appreciate Xero for ease of use in processing business transactions.  It has been the right choice for our accounting needs and has saved us much time and effort while we are busy with day to day running of a small cafe & catering business.
END_OF_DOCUMENT_TOKEN_TO_BE_REPLACED

Succession is always complicated, especially the non-rural versus the rural however Wayne Turner was able to process this and bring valuable options to the table. Wayne kept us on track by discussing options broadly and then following up to guide us through the finer details. It was a lengthy process but we needed that time to consider all aspects properly and wholly.
END_OF_DOCUMENT_TOKEN_TO_BE_REPLACED