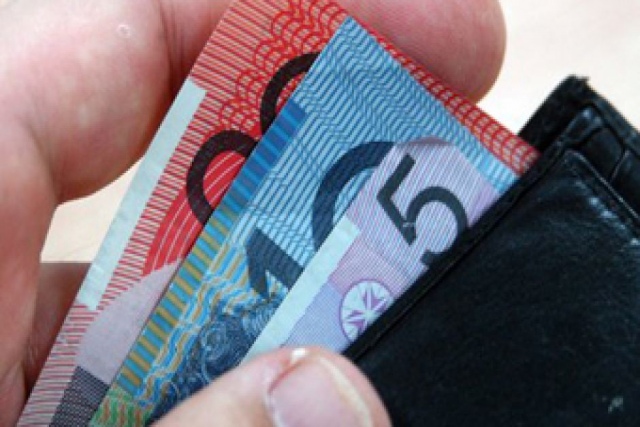 The Treasurer, Scott Morrison delivered the Turnbull Government’s first Budget. The pre-election Budget termed “Australia’s economic plan for the next 12 months” delivered a few surprises but a promise of better things to come.

The focus of this Budget is on creating more jobs and promoting economic growth. In addition, the Government announced a review of the existing super and tax systems to help improve the sustainability of superannuation and the ability of Australia to fund public services such as education, health, defence and welfare spending.

What is the Budget?

Put simply, the Budget sets out the Government’s spending intentions over the next four years based on economic forecasts, financial strategy, revenue and spending as well as the management of Australia’s debt.

The 2016 Federal Budget covers the coming financial year (12 months ending 30 June 2017) and a further four-year period, known as the estimates.

In order to create savings the Government needs to cut spending, reduce concessions or increase tax. These savings are then redistributed to other spending areas or used to repay debt; much the same way you would allocate income and spending when managing your own personal or household budget.

How does the Budget affect you?

The 2016 Budget will affect some of us directly and all of us indirectly. It may also affect you more than you think, mainly because your tax dollars go towards making it happen. To help you understand what the proposed Budget changes mean we’ve put together a summary of the impact the changes may have for you and your family:

The Federal Budget changes are likely to be positive if you are:

The Government announced plans to increase the 32.5% tax threshold from $80,000 to $87,000 to address the issue of bracket creep which impacts people who earn around $80,000pa (bracket creep results in people being pushed into a higher tax bracket as their income adjusts to inflation over time). This results in a tax saving of around $6 a week.

Looking to borrow to buy an investment

Despite the speculation, negative gearing has not been affected, which is good news for those people looking to borrow to buy an investment property or share portfolio.

870,000 Australian small businesses will benefit from the cuts in the Company tax rate to 27.5% for businesses with a turnover less than $10 million on 1 July this year. This tax rate will further decrease to 25% over the next ten years and extend over this period to larger companies.

Good news also for small businesses purchasing new equipment or assets with the continuation of the existing $20,000 instant tax deduction for assets until 30 June 2017.

Looking to build savings in super

The Budget includes a number of changes to help low and middle income earners build super.

Increase in the spouse tax offset: If your spouse (whether married or in a de-facto relationship) earns less than $37,000pa, then you will now be able to receive a tax offset if you make a contribution to super on their behalf. Previously this tax offset was only available if your spouse’s income was under $10,800pa.

Tax offset for low income earners: If your adjusted taxable income is $37,000 (or less) you will continue to be entitled to a refund of contributions tax paid on concessional contributions, up to a limit of $500. This new offset will be called the Low Income Superannuation Tax Offset.

From 1 July 2017, the current “work test” arrangements for people over age 65 wishing to contribute to superannuation will be removed. This is good news for those retirees, aged 65 – 74 years who are no long working and have money aside that they would like to contribute to super. However, new, reduced contribution limits will apply.

Despite the good news, the Federal Budget proposed changes aren’t likely to benefit everyone. You are likely to be impacted by the announcements if you are:

If you are making concessional contributions including Superannuation Guarantee (SG) contributions, salary sacrifice contributions and tax-deductible contributions to super, will face lower limits. A new limit of $25,000pa will apply to everyone. This means the current limits of $30,000 for under 50 year olds and $35,000 for over 50 year olds will be replaced from 1 July 2017. There is a small window to make the most of the existing higher limits while they still apply.

On a more positive note, if your superannuation balance is less than $500,000, then any unused portion of your concessional contribution limit will be carried forward on a rolling 5-year basis from 1 July 2017. This will give you the opportunity to make larger contributions in future years if you miss making them in earlier ones. This ensures that people who take extended periods of time off work don’t miss out.

A high-income earner contributing to super

If your adjusted taxable income is $250,000pa and over then you will pay additional tax on concessional super contributions. Concessional contributions will now incur standard flat contributions tax rate of 15% as well as an additional amount called ‘Division 293 tax’ of 15% which will be payable after you lodge your tax return.

A lifetime limit will now apply to non-concessional contributions with immediate effect. This will impact those planning on contributing money after-tax to super. This lifetime limit of $500,000 is a significant decrease on the current limits as it replaces the existing annual cap of $180,000 a year or $540,000 over 3 years if under the age of 65.

A super or pension fund member who has made non-concessional contributions in excess of $500,000 since 2007

Have a large superannuation balance

Current and future retirees will be impacted by the proposed limit of super that will be able to be transferred to the retirement or “pension” phase from 1 July 2017. For current retirees who have more than $1.6 million in pension phase, this means you’ll need to withdraw the excess balance or revert the excess amount to accumulation phase (which is then subject to 15% earning tax) by July 2017.

Considering starting, or already have a Transition to Retirement Pension

Not good news for Transition to Retirement (TTR) pension strategies with the Government announcing the removal of the tax exempt status of earnings supporting the pension. In other words, all investment earnings in the TTR pension will be subject to 15% tax, which is the same as accumulation phase of super from 1 July 2017. This move is likely to reduce the tax-effectiveness of these pensions and may require a review of existing pension structures.

The nominated beneficiary of your spouse, former spouse or children’s superannuation benefit

From 1 July 2017 the Government plans to scrap Anti-Detriment payments which means a super fund will not be able to pay a refund to the member’s estate of the tax paid on contributions to super over a lifetime.

Aged 25 and under & currently unemployed

Good news for 100,000 young Australians aged 25 and under who are currently unemployed or looking for work. A new scheme will be launched on 1 April 2016 called the Youth Jobs PaTH which aims to prepare, trial and hire more youth workers on a full time basis. The program will provide a six-week training program followed by a four to 12 week internship. Participating interns also get an extra $100 a week on top of their regular welfare payments.

Employers who elect to participate in the Youth Jobs PaTH from 1 April 2016 will receive an upfront payment of $1,000. Businesses may also later be eligible for a one-time bonus of between $6,500 and $10,000 for full-time placements of youth workers.

The Government has announced crackdowns on eligibility for the Disability Support Pension. They plan to review 30,000 disability support recipients each year for the next 3 years by way of a medical assessment to determine continued entitlement.

Employed as a public servant

Those people working in the public sector or employed for a government department or agency will be facing potential job loses as the Government has announced $1.4 billion in wage cuts and jobs over the three years to 2019-20.

The Government plans to discourage smoking by increasing the price of cigarettes to almost $40 over the next 4 years. This price rise will affect 2.5 million Australian smokers.

Working or live in an Aged Care Facility

As you can see there were a lot of changes announced in this budget and there were other changes that we haven’t yet mentioned in this summary. Most changes remain proposals at this stage but it’s likely that they will be legislated when they pass through the Senate.

With so many measures announced, it’s likely that most of us will be directly or indirectly impacted. If you’re unsure of the effect on your current situation or future plans, please give us a call.

Carrick Aland and their team of dedicated staff have been assisting us, and our business, with professional accounting services for over 20 years.  I have always found them easy to work with and they have always responded very quickly to my enquiries.
END_OF_DOCUMENT_TOKEN_TO_BE_REPLACED

As the owners of a new small business, we very much appreciate Xero for ease of use in processing business transactions.  It has been the right choice for our accounting needs and has saved us much time and effort while we are busy with day to day running of a small cafe & catering business.
END_OF_DOCUMENT_TOKEN_TO_BE_REPLACED

Succession is always complicated, especially the non-rural versus the rural however Wayne Turner was able to process this and bring valuable options to the table. Wayne kept us on track by discussing options broadly and then following up to guide us through the finer details. It was a lengthy process but we needed that time to consider all aspects properly and wholly.
END_OF_DOCUMENT_TOKEN_TO_BE_REPLACED